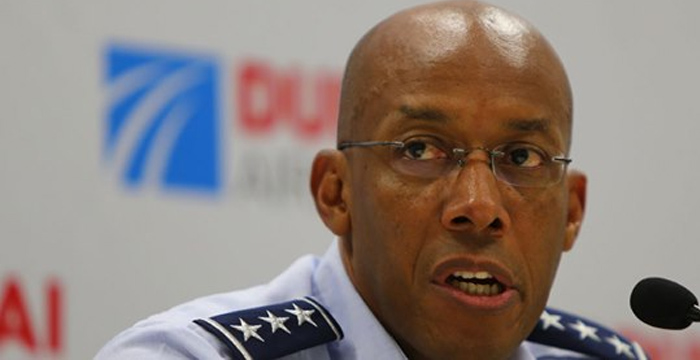 Nominated by the Trump administration, Gen. Charles Q. Brown, Jr. could be the first African American chief of staff for the United States Air Force. “I am truly honored and humbled by the nomination to serve as the Air Force’s 22nd Chief of Staff,” he said. “If confirmed, Sharene and I look forward to building upon the legacy of Gen. Dave and Dawn Goldfein and the many airpower giants before who have served our Air Force and our nation with such dedication.”

Brown is a four-star F-16 pilot who served in combat tours in Asia, the Middle East and Europe. “[Brown] will take command of an Air Force in transition, one moving from a decades-long priority on combating and containing terrorism to a new era of Great Power Competition,” said the Air Force.

Brown will be the highest-ranking officer in the Air Force, responsible for overseeing all units in the military branch. He will sit alongside the Joint Chief of Staff in the Department of Defense that counsels the secretary of defense, the Homeland Security Council, the National Security Council, and the President on military affairs. Other duties Brown will take charge of will be being an ally in supporting the new Space Force program.