Floyd Mayweather To Deontay Wilder, ‘I Can Teach You How To Beat Tyson Fury’ – Video 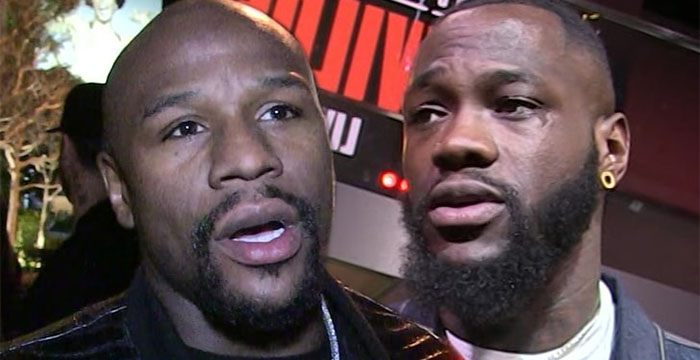 Deontay Wilder might want to pick up the phone and call Floyd Mayweather — because TBE just suggested he could help Deontay beat Tyson Fury … if Floyd trains him! Mayweather was speaking at an event in Manchester, England over the weekend when he was asked straight-up — “Do you think Wilder will win in a rematch with Fury?” Floyd responded, “If I train him! If I train him, I can teach him how to win.”

Floyd has been especially supportive of Deontay after the Bronze Bomber lost that Feb. 22 heavyweight fight with Tyson Fury. “Win, Lose or Draw … Deontay is our brother that has accomplished many triumphs and as a community we should all uplift and support him throughout it all,” Mayweather posted on social media.

“No matter what, you’re still a winner in my eyes, King!” Wilder has exercised his rematch clause with Fury and is expected to get back in the ring for a 3rd fight with the Gypsy King on July 18 in Las Vegas. Wilder has been catching flack for suggesting his 45-pound ring entrance costume had a lot to do with his poor performance against Fury … after he claimed the weight of the outfit burned out his legs.

Over the weekend, Wilder posted a new video assuring his fans he’s doing okay now — and he’s laser-focused on defeating Fury. Will he strike a deal to train with Floyd? They do have a connection … Wilder is managed by Al Haymon, Floyd’s business partner. In other words, it’s possible.