DJ Akademiks Goes Way Off On Nicki Minaj, Explains Why She’s Fallen Behind Cardi B – Video 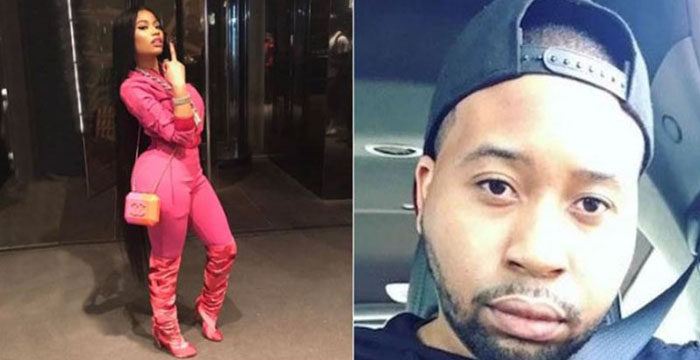 Guys, sht just got real. Popular media personality, DJ Akademiks, is claiming Nicki Minaj of sending him serious threats on social media, and he’s got the receipts to back up his claim. See the receipts at the end of the article! Okay, let’s start from the beginning… Last month, during a conversation with Joe Budden on her Queen Radio show, Nicki Minaj called out a few men in the industry who had been spreading false narratives about her.

DJ Akademiks was one of them, and in turn, he took to his Twitch channel to address the incident and rant about how much Nicki’s new music is a flop. “Ask her about Drake. Ask her why the fck is her music flopping,” the Everyday Struggle co-host said. “‘Megatron went on the charts and fell the fck off in four weeks.” He went on to say that the only time Nicki stays on the charts is when she’s on a remix. It was at this moment, sht was about to hit the fan.

Yesterday (Sept. 9), DJ Akademiks posted another video aiming at Nicki. This time, he outed her for sliding in his DMs with a multitude of threats. “She asked me, ‘Are you in New York,’” Akademiks said as he looked at his phone to read the messages verbatim. “I told her I’d be back in New York on Monday. Y’all wanna hear Nicki Minaj in my DMs today?”

His DMs went all the way left when Nicki began making threats towards the media personality. “Let me show you who Nicki really is. I just want to show who these motherfckers are ’cause this is who they are,” he said before unleashing Nicki’s war of words. “This is Nicki, ‘You been mad since I made a joke about you with Joe [Budden] on my show.

The people you rep won’t be able to stop your jaw from getting broken. I know too much about your family for you to be playing with me, you he a rat.’” Akademiks responded “noted,” with a few laughing emojis. Nicki continued on, bringing up Akademiks’ relationship with Tekashi 69 and asking for his phone number and location because her “husband” wants to talk to him.

Akademiks didn’t send his info, instead he brought the drama over to his Complex show, Everyday Struggle and talked about it there. So, far, Nicki hasn’t addressed the incident. We’re not sure what’s goign to come of this, but it’s not looking pretty. Nicki is a legend who has paved the way for many female artists in the game. Hopefully she gracefully bows out of this beef, marries her man, have her babies, and stay drama free. Watch Akademiks uncover Nicki’s threats next!

This Article Was First Published On celebuzz.com