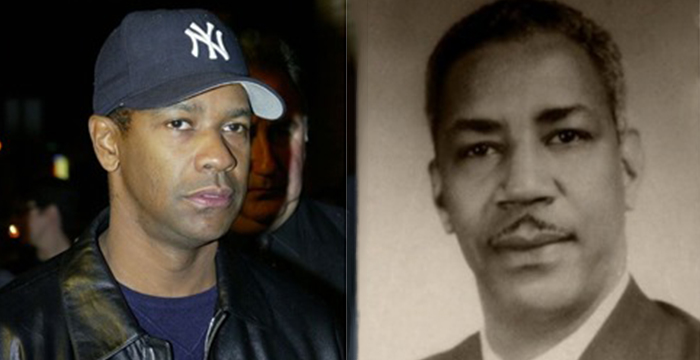 Our parents are the ones who mold and shape us to become individuals with good values and morals. Their influence is inevitable growing up. However, sometimes we are forced to miss out due to an absent parent. Denzel Washington, one of Hollywood’s greatest actors too was put in such a situation. His mother, Lennis raised him to become the human he is today while his father was out of the picture. Years later, he thanked his mother for being by his side and credited her for everything he had.

Denzel Washington was left with his single mother after his parents separation at the age of 14. While his father, a pastor stayed away, Washington was brought up under his disciplinarian and hard-working mother. She wanted the best for her son and saved money for private school even when she could not afford it. But, young Washington was not easy to take care of. He was “mischievous.” But his guardian angel had her eyes on him every time.

“My mother never gave up on me. I messed up in school so much they were sending me home, but my mother sent me right back!” recalled the actor, according to Closer Weekly. His mother’s strong will stopped him from getting into trouble. Looking back at her decision, the Oscar-winning actor said, “That decision changed my life because I wouldn’t have survived in the direction I was going. The guys I was hanging out with at the time, my running buddies, have now done maybe 40 years combined in the penitentiary. They were nice guys, but the streets got them,” according to Parade.

His mother’s strict upbringing helped Washington throughout his life. He acknowledged her contribution to his success and said, “What would have happened to me had it not been for my mother?” according to Preaching Today. But his growth did not stop him from listening to his mother’s advice. His mother inspired him to delve into his faith. “She taught us right from wrong. My mother said to me when I was 59, ‘Denzel, you do a lot of good. You have to do good the right way and you know what I’m talking about.’ I don’t drink anymore, I don’t do any of those things,” said the actor proudly.

Having experienced inexplicable and unconditional love from his mother, Washington imparts that lesson to his children too. He instructs them to listen to their mother, Pauletta Washington. Meanwhile, rejected by his father, the actor never shared a connection with his dad. Not having seen much of him, it was hard for Washington to even shed a tear during his father’s end of life. The actor said, “I never shed a tear for my father. That sounds like a book or a song. There was no connection,” according to Real Deal Manhood.

Flávia Rodrigues: “I won’t shed a tear for mine. That’s for sure. Never present in my life.”

Patricia Norwood: “I only saw my dad 4 times in my life and didnt know when he pasted, it was a few yrs later I found out. Too many feelings to explain.”

Alberto Quezada: “I here from this a lot from the black community , not being negative but they always talking about this as a major issue- dads never being there for them etc.

Constance Noble: “Speaking of biologic and step fathers: my son will say he is the only person he knows that had two fathers, and never had a dad …”

Kathy-Ann Alfred: “I never shed a tear for mine either.. maybe he and his dad weren’t close..and his mother probably contributed to his success”

Beverly Hardin: “The movie star Love of my life just plain Awesome! Having the love of a father is the best thing in the world. My daddy was the #1 Love. My ex- is the #1 dad in my daughter’s life. Her husband knows it. But ok with it, cause he is the father. He never had. What a wonderful article”

Floriana Tracey: “Denzel alone knows perhaps his dad wasn’t good to him neither to his mom so he live with that hurt who knows”

Deloris Randle: “If His dad wasn’t a active role in His life than I can understand, for me I don’t care what my dad does he is still my dad, and I will respect And honor what The word says, honor thy mother and father because regardless of what kinda person they were or did you have realized your mom choose to be with him,so he will always be dad no matter, cause I have to see God and regardless of how a person treat their parents They have to see God for themselves that father will not be there with you to answer why you treated your parents The way you did”

This article was originally published on the daily.lessonslearnedinlife.com