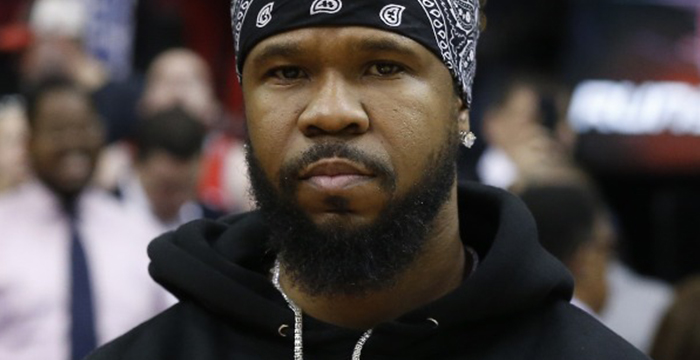 The rapper’s investment in the sauce company is said to be under $10,000.
“Sienna Sauce was a runner-up in my pitch competition and I really like tracking this company,” said Chamillionaire in a statement on his site Republic.co.

“I invested in Sienna Sauce because I back startups that have domain expertise, resiliency, and a road map that I believe could potentially lead to success.” Chamillionaire posted a video to his Instagram page on Monday, March 2, where he congratulated Crayton, who also spoke.

“We’re finalizing a deal with seven states and 80 stores, and we are closing a deal, as well, with 16 schools for the sauce to be in their cafeteria,” Crayton revealed. “So when you invest in Sienna Sauce you’re investing in the future.”

Crayton started making sauce at the young age of eight, and last year her company reportedly reached $191,000 in revenue. The teen is originally from Bedford-Stuyvesant, Brooklyn, and when she moved to Texas, she created a sauce that reminded her of one that she loved back home.

Before getting the investment from Chamillionaire, Crayton had won $10,000 in the REVOLT Pitch Competition for her company, along with $25,000 in the Side Hustle Showdown, on ABC’s “Strahan, Sara & Keke.” The sauce company thanked Chamillionaire for his investment, as well as his co-sign on Tuesday. “Not only are you supportive but you have extended your platform to help us grow THANK YOU,” the company wrote on Instagram.

This Article Was First Published On atlantablackstar.com