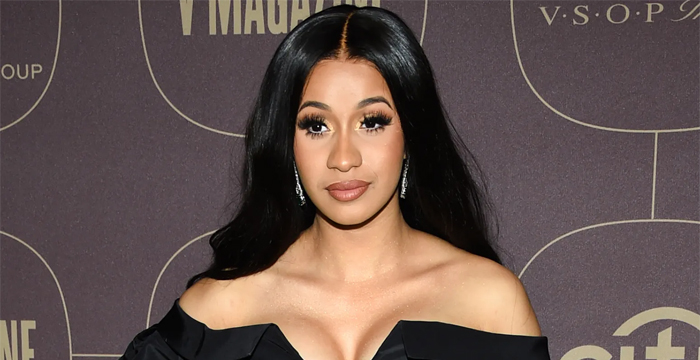 Cardi B believes she’s a big reason female rappers are leading the music industry right now. During a recent interview to promote her new Netflix series, Rhythm + Flow, Cardi explained how her career has influenced other female MCs and how her ambition opened doors for other female rappers in the music industry. “I feel like, after me, I’ll say that it’s kinda easier for a lot of these female artists… like before me, there was no female rapper that was signed to a label – well, you know the ones that had already been established,” the “YES” rapper explained. “Nobody was signing them. And now, everybody’s just signing them if you could rap and you got a couple of followers because nobody want to miss the opportunity. Like, a lot of labels missed the opportunity with me because I went to a couple and they said no, no, no, no.”

It didn’t take long for Cardi-haters to call her out for her comments, which led to the “Writing On The Wall” rapper to take to Twitter on Wednesday (October 23) to clarify her previous statement. “I didn’t say I pave the way for female rappers but I deff gave the hood and women hope,” she wrote wasn’t collabing with females rappers.Labels where signing female rappers and putting them in a shelf and not focusing on them.Not giving them proper attention.”

“It seem like it was impossible for it to be more then one female rapper,” Card continued. “These male rappers where not even takin Money from female rappers for a feature cause it seem far fetch for another woman to make it.I see so many male artists collabing wit females now even ..” The 27-year-old rapper added, “Some that are not mainstream because I know they don’t want to miss out on the opportunity in case they make it cause trust and believe slot of Ni**as I asked for features from when they see me they tell me ‘I shoulda believe’ Deum I should have did the feature.”

To conclude her explanation, Cardi made it clear that she doesn’t care if people believe her not, either way she stands by her truth. “And ya can deny it as much as ya want and say I’m crazy or stfu but how many female rappers before me where getting chances or getting pushed? They wasn’t believing and now they are !” she wrote. “And for the slow ones again NO ain’t made females want to rap cause been have talent but the music industry wasn’t believing and on female rappers and that’s Big Bentley.” To note, T.I. backed his fellow co-host during their interview, saying Cardi did. in fact. “[kick] the doors down of being personable.” He added, “Most women when they came out were extremely mysterious, you hardly heard them talk.”

pinkminaj – well both are good BUT cardi is more problematic. she uses the drama for more fans and views to stay relevant while nicki has been unbothered taking care of her child.

Queen Nichole – I really hate that our people gave her a pass to use the “N” word..she is so irrelevant folks need to stop giving her attention!

Booski – Yeah she opened the door of the dressing room at the strip club to the studio.

Ronnette McKinnis – What about The Real Roxanne, Sweet Tee, Queen Latifah, Roxanne Shante, Precious, Antoinette and I can go on. Great video Elder…

This Article Was First Published on iheart.com