‘Boyz n the Hood’ 30 Years Later: The Cast Then And Now 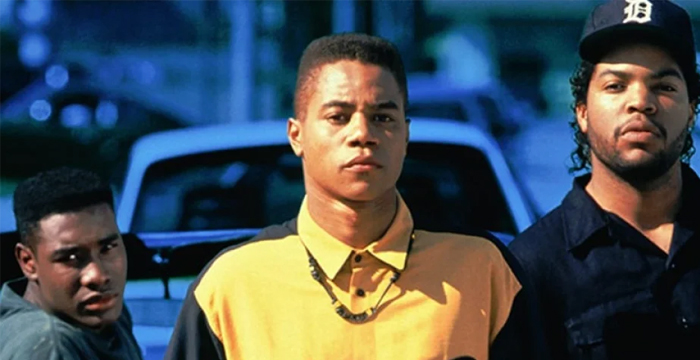 In 1986, John Singleton crafted the idea for the coming-of-age drama Boyz n the Hood as part of his application for film school. Four years later upon graduation, he sold the script to Columbia Pictures, and on July 2, 1991, the movie, which would later be chosen by the United States Library of Congress for preservation in the National Film Registry, was released in theaters in Los Angeles. Ten days later the picture was distributed throughout theaters nationwide. Inspired by his own life and the experiences of those he knew while growing up in L.A., Singleton’s story earned him an Oscar nomination for Best Original Screenplay and Best Director, making him the first African-American and the youngest person to ever be nominated for the award.

Beyond marking the start of Singleton’s acting, directing and producing career, the movie also jumpstarted the careers of many of its cast members, including Cuba Gooding Jr., Morris Chestnut, Ice Cube, and Nia Long. Sadly, in 2019, Singleton, who went on to direct a number of other classic films such as Poetic Justice, Higher Learning, Baby Boy, Shaft, Four Brothers, and Rosewood, depart at the age of 51 after suffering a str-oke. His last project, Snowfall, was renewed by FX for a fifth season earlier this year. As we celebrate 30 years since the debut of Boys n the Hood, we look back on the stars of the film then and now.

Cuba Gooding Jr.’s turn as Jason ‘Tre’ Styles III was considered his breakout role as an actor. He was 23 at the time.

After Boyz n the Hood, Cuba Gooding Jr. went on to appear in A Few Good Men, The Tuskegee Airmen, Outbreak, and a career-defining role in Jerry Maguire for which he won the Academy Award for Best Supporting Actor.

Two years after what was considered a minor role, Bassett had her breakthrough performance as Tina Turner in What’s Love Got to Do With It and the rest has been history for the Academy Award-nominated actress.

Tre’s childhood friend Doughboy ends up in an endless cycle of suffer as a young after joining the crips and serving time in coustdy.

N.W.A’s song Boyz n the Hood, written by Ice Cube, inspired the name of the movie in which the South Central rapper starred. The role served as Ice Cube’s introduction into film and since then he’s gone on to act in more than 40 pictures, many of which he wrote, directed or produced.

Doughboy’s half-brother Ricky is a star athlete whose dreams of winning a scholarship to the University of Southern California are cut short when he gets caught in the crossfire of gang drama.

Boyz n the Hood was Morris Chestnut’s first feature film. Since then the actor has been a staple leading man in TV and film.

Nia Long portrays Brandi, Tre’s catholic school girlfriend who is 16 when they start dating and is drawn to his desire to go to college like her.

Nia Long almost turned down the role of Brandi because she thought the project was helmed by a white man. The part ended up being the first of several movie roles and a long career in lead television parts as well.

Regina King portrayed Shalika in the ’90s classic, a neighbor which, decades later, sparked the creation of numerous memes and GIFs.

Though Regina King had been acting on 227 for years when she took the part of Shalika, Boyz n the Hood was her first movie role. Since then, she has become an Academy, Emmy, and Golden Globe-winning film and television actress and director.

After Boyz n the Hood, Tyra Ferrell went on to star in other Black classics like Jungle Fever and White Men Can’t Jump. Most recently, she appeared in a recurring role on Empire and as a guest star on Chicago PD.

Wendi Andrews – 30 years later, same situation! Boyz in the Hood spoke on it then, and we’re still dealing with the same injustices today!

This Article Was First Published on essence.com