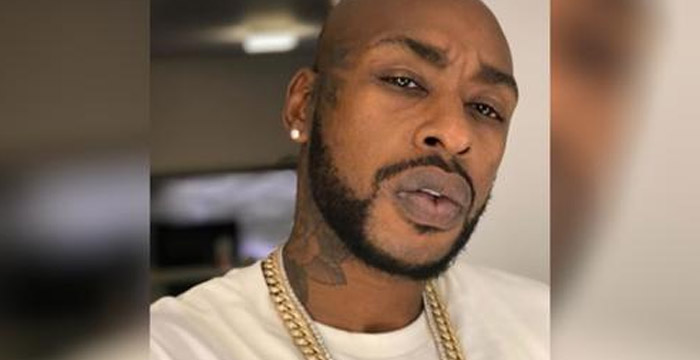 The unfortunate saga between Black Ink Crew’s David “Caesar” Emmanuel and his daughter has not gotten any better and continues to escalate. Earlier this year family drama between father and daughter spilled over into social media, inviting the world into their turmoil. The new season of Black Ink Crew is among us and the wounds that have reopened are now as though they have never healed. The new year started off rocky when Caeser’s daughter, Cheyenne, came forward with charges claiming her father put hands and feet on her. “He put hands and feet on me!,” Cheyenne screamed while on Instagram Live on January 2nd, while also calling out his current girlfriend, Suzette. “I’m a female! I don’t give”

Adding on to her explanation, she further dove deeper on her Instagram Story, angered by the “level of disrespect” by Caeser. “I have no reason to fabricate a story,” wrote Cheyenne in all caps. “It’s a shame that because he’s on tv that people would think it is ok to [treat] me like I’m a dog in the street. It is not ok.” After Suzette jumped in with words against Caeser’s teenaged daughter on social media, Cheyenne’s mother, Crystal, came forward in defense of her daughter and confirming her claims. “No one will ever understand to be woken up at 2a.m from my daughter crying that her father [hit] her,” wrote Crystal on her Instagram story, as captured by The Shade Room.

She further adds that the excuse for the [incident] is unacceptable as both she and Caeser have “always had discipline for our child but never physically where it has graduated to this point. I had no choice but to alert the authorities because I was in one state and them in another,” she claimed. Crystal then gave an exclusive interview to The Shade Room where she admonishes her baby’s father to acknowledge his wrongdoings. “There has to be accountability and ownership on what has transpired between (Ceaser) and our daughter,” she said. There is ABSOLUTELY no excuse for any man to [hit] a woman especially his teen daughter,” Crystal tells us.

“This is just plain ab-use. Period. He needs to take accountability for what he has done. Secondly, for any woman in a relationship with a man who has a child, there is no reason or right for her to give any opinion on the child. Period!” It has been well documented that the relationship between Caeser and Crystal has not been on the best of terms, and at the time Caeser admitted that he and his daughter were not in a great place. “However, I would never [harm] her,” he shared in a statement. “I have only done what many parents would have when their child has crossed the line and that is discipline, my child.”

He continued: “I love my daughter and she is the only heir to my black ink tattoo studios. She is just having a hard time adjusting to no longer being the only child and having to share her father. I am doing the best I can to make everyone comfortable in our new blended family.” Fans were sure to speculate that the drama would spill over into the new season of the reality show, and lo and behold, Caeser chose to address it on the latest episode. Feeling bet -rayed and seemingly hurt from the situation, he speaks to his cousin and business partner Ted, calling the incident a “teenage outburst.”

“Both of them was out of character,” Caeser said. “My daughter should have never got on social media and disrespected a grown woman like that and in turn, a grown woman should have never gotten on social media and disrespected a young child like that,” speaking of his girlfriend Suzette. Catching wind of the latest episode, Crystal took to Instagram Live and used the platform to “Address The Lies”, as she titles the video. In the video, she goes into detail about the unfortunate incident and reveals Caesar was found guilty in the state of New York for child neglect on his child and it’s public record!

Aliyah Amour – nothing but respect for this woman. yeah she didn’t have to go live but at the end of the day her child did bring it to social media and thousands of people are dragging HER CHILD. as a mother your going to protect your child and that’s what she did. she turned off the comments, brought the receipts & that’s that.

It’s A Different World – She’s doing the right thing having her daughter in therapy. I understand her anger, I’ve been where she is. She should continue to document everything!!!

Tonya Neely – She has every right to help and speak for her child,glad she has a voice and platform to tell her side of the story it’s always two sides

Queen Jay – I respect her as a mother so much!! She has every right to protect her daughter!! Don’t get me wrong I like Black Ink but at the end of the day this is a real life situation. Much respect ma protect your daughter at all cost! I know how it is when a child’s father tries to make himself look like the suffer