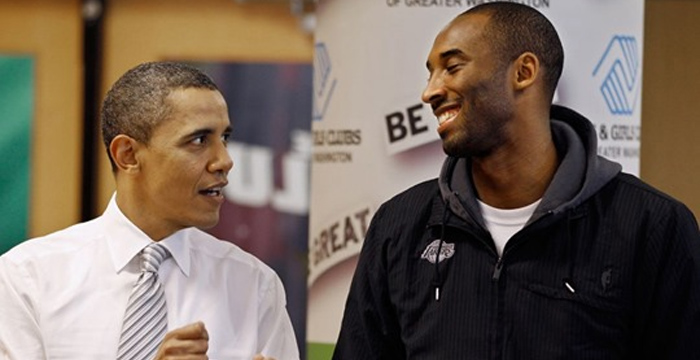 Former President Barack Obama took a moment to reflect on the losses of Kobe and Gianna Bryant. During a speech at the NBA All Star Weekend Newsmaker Brunch in Chicago, he noted the emotional toll the tragedy has taken on many. In a video posted by CNN’s Wolf Blitzer, Obama told attendees on Saturday, February 16, “That loss is something I know many are still struggling with. Particularly Kobe, because he was with his daughter and those families and those children.

And those of us who have had the joy and privilege of being parents and taking kids to ballgames and then rooting for our children.

And seeing our dreams and hopes gone to them, nothing is more heartbreaking.”

The L.A. Lakers legend has been the focus of much of NBA All Star Weekend with fans and players remembering him to Kobe and Gianna’s numbers (24, 8 and 2) being worn in the MTN DEW 3 Point Contest, and AT&T Slam Dunk Contest.

Bryant, 41, and Gianna, 13, were finished along with seven other people on January 26 while taking a helicopter to the Mamba Academy for basketball practice in nearby Thousand Oaks.

The aircraft crashed in Calabasas and finished everyone on board.

The father and daughter were laid to rest at a private last rites in Corona Del Mar, California on February 7, the Los Angeles Times reported.

On February 24, a public memorial is scheduled to take place at the Staples Center in Los Angeles.