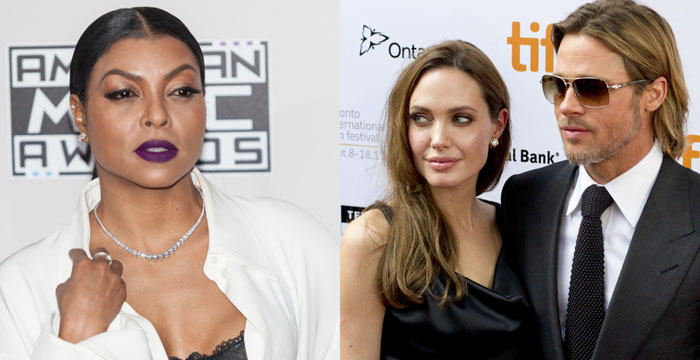 In 2006, Henson was cast in the film The Curious Case of Benjamin Button. The film was released in 2008 to positive reviews and proved to be a major box-office winner accumulating over $300 million. The movie also starred Brad Pitt, Cate Blanchett, and other prominent names. Taraji’s performance in the film garnered massive praise, including a nomination for Best Supporting Actress at the Academy Awards. Throughout the adoration and glory for Henson during that time period, she wasn’t getting what she felt she rightfully should be paid as an actress.

In her memoir Around The Way Girl, she spoke on unfair compensation. The actress writes in her own words: “Both Brad and Cate got millions. Me? With bated breath, I sat by the phone for hours, waiting for Vince[her manager] to call and tell me the number that I thought would make me feel good: somewhere in the mid-six figures — no doubt a mere percentage of what Brad was bringing home to Angelina and their beautiful babies, but something worthy of a solid up-and-coming actress with a decent amount of reproving acclaim for her work.

She continued, “Alas, that request was depart on arrival. ‘I’m sorry, Taraji,’ Vince said quietly when we finally connected. ‘They came in at the lowest of six figures. I convinced them to add in a little more, but that’s as high as they’d go.’ There was one other thing: I’d have to agree to pay my own location fees while filming in New Orleans, meaning three months of hotel expenses would be coming directly out of my pocket. Insult, meet offence.”

Taraji then revealed in an interview with Variety that the amount was $150,000, much less than the half a million that she had been expecting. However, during a recent appearance on the Ladies First with Laura Brown podcast she revealed that after taxes and management fees, her check came out to around $40k. “I felt like what I was asking, at that time of my career, was fair to the ticket sales that I would contribute to this big film,” Henson recalled. “[The studio] wouldn’t do it…and then I was gutted.” Henson’s oppose against stereotypes was a hard one, but gave her much insight on the “strong Black women” stigma, one that she feels can be hurtful.

“I understand why we took that on, Black women being the bottom of the totem pole, never being seen,” she said. “I understand, but it’s when others go, ‘Yes, strong Black woman!’ and then it dismisses us… Then if my child or somebody I know is gunned down in the streets, I’m supposed to be strong through that? I’m not allowed to be angry? I’m not allowed to be riled?” She added, “I can’t say because you’ve taken everything from me. I’m not allowed to feel that? I’m just supposed to be strong?” She feels similarly about the term “Black girl magic. I’m not a fairy. I get it. It’s sweet, but baby, I’m not a fairy. I don’t have magic dust.”

Kenna – This is very common in entertainment, and the reason why people shouldn’t always pay attention to box office numbers. She got $150k. However, after management fees, taxes, and living in a hotel for 3 months she was left with roughly $40k.

Bruce Johnson – We must all start somewhere! But Taraji got nominated for an Academy Award for her performance. Now she’s on top of the world.

Larry – One thing that’s great about jobs is they tell you the money that you’ll earn and then you have the option of saying No. If you agree to this amount for this job, that’s what it was worth to you, it shouldn’t matter what someone else is paid.

This Article Was First Published on allaboutjokes.com