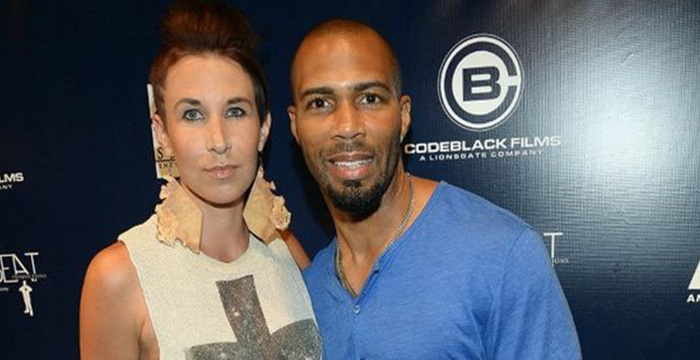 Apparently, some people don’t have better things to do with their time than worry about an actor’s choice of spouse. For example, fans of “Power” star Omari Hardwick couldn’t help themselves when the actor made a rare public appearance with wife Jennifer Pfautch. Hardwick married Pfautch in 2012. Since then he’s managed to keep his family out of the spotlight.

That changed earlier this week when Hardwick, who recently wrapped the first season of his Starz series, was photographed dining with Pfautch and their small child in New York City. After the pictures h-it the blogs, several fans posted nasty comments about Hardwick, and his white wife on social media. Many commenters called Pfautch “u-gly” and “masculine,” suggesting the handsome actor could do better. It didn’t take long for Hardwick to express his disgust.

“I wish all of you could experience celebrity for a week to understand the LEVEL of u-gly in certain diseases (called human beings),” Hardwick wrote during a Twitter tirade on Monday. He continued, “I love u back. I root for you all. Those who have created your own truth so to make your despicable selves feel better, with zero care for those like me who’ve done zero to you, i want to grief you. while EQUALLY praying for the misery known as you.”

Daniel Haywood – By that same logic, if Fredrick Douglass was alive today he wouldn’t be considered since he married a white women. So he’s a traitor I guess. Food for thought!!

Sean Oliver – He can be with whoever he wants! People need to stop hating on interracial couples!

This Article Was First Published on thewrap.com