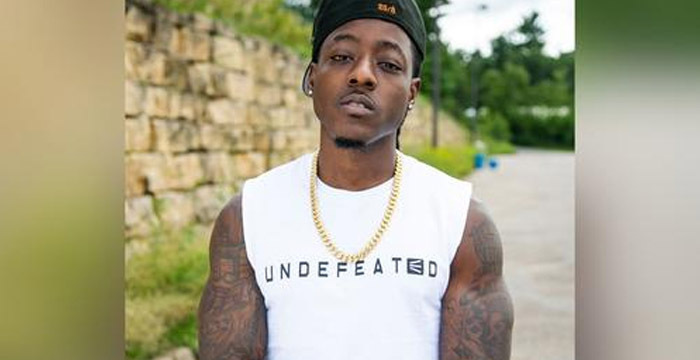 Rapper Ace Hood is the latest to get caught running a PPP s-cam. The Deerfield Beach, Florida artist was recently put on blast by a disgruntled baby mama who exposed him for taking out a pretty sizable loan with no real employees. He is the latest in a string of people exploiting this government tool meant to help those whose business were affected by the pan-demic. PPP stands for The Paycheck Protection Program, which provides small businesses with funds to pay up to 8 weeks of payroll costs including benefits. Funds can also be used to pay interest on mortgages, rent, and utilities. Many people have taken out these loans despite not actually qualifying for them. Back in April we reported on a pastor who got caught taking out close to $3.5 million in PPP loans that he did not use for his church.

Pastor Rudolph Brooks Jr., founder and senior pastor of the Kingdom Tabernacle of Restoration Ministries in Washington, D.C., is facing up to 20 years in coustdy after he alle- gedly used $3.5 million in PPP loans to splurge on personal expenses, including 39 vehicles. While he’s not the only pastor in the news recently for their lavish spending, his story is special because instead of s-camming church goers he went straight for the governments pockets.

According to VladTV “When making their detain, the FBI seized over $2.2 million from 11 accounts, along with a Tesla Model 3. Additional car purchases include a 2005 Bentley Continental, a 2014 GMC Yukon XL, a 2015 Cadillac Escalade, two 2017 Infinity Q50s, and a 2017 Mercedes Benz S Class.” Prior to Pastor Brooks, Lakeisha Golden cashed in a PPP loan and used it for personal reasons, despite the funds being meant for a small business. Golden is currently trying to raise the money back via a GoFundMe campaign so that she won’t have to face coustdy time. She’s asking friends to help her get back the $20,000 she borrowed. At time of writing Lakeisha had managed to raise $4900 back. She had one generous person give her $1000. In her caption she says “I got 20k ppp loan now the feds after me plz help I can’t do coustdy!! I got 3 kids dat need me!!!”

Ace Hood took to his social media to put his baby mama on blast for not letting him see their kids, she fired back saying he owes over $140,000 in PPP loans and has no money. In her own post she said “He only had $2,500 to his name, y’all, so I’m like, ‘Huh?’ So we reported it, so now he has to pay me what he owes me and he’s mad. I let you go two years without doing anything, so what are you talking about? Make it make sense…And y’all can look up the PPP loan. Y’all know it’s public records. Ace Hood Touring. Go look it up, he got $144K. I’m trying to figure out how he got that much and he don’t got no employees.”