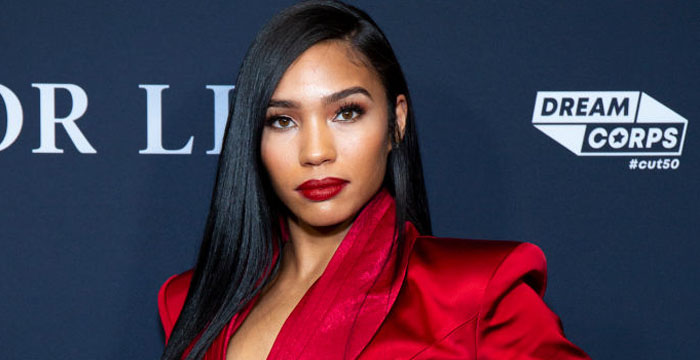 Earlier this week, we reported that Vivica Fox called 50 Cent the love of her life. It’s a claim she’s made several times before as she laments what could have been between the two of them. This time, she shared that the relationship ultimately failed because they went public with their union too fast. The first time, she made the comment, he responded, surprised by her honesty. Now, in 2021, six years later, he was less taken aback. In an interview with Kris Kaylin, 50 addressed it again.

Kris Kaylin: You must be the world’s most amazing boyfriend. Chelsea Handler had great things to say about you. Vivica Fox said that you are still the love of her life. Do you have a response to that?

50 Cent: Well, no…I think…I’m never bothered when she says that. It was just the timing. At the time we interacted with each other, we weren’t conscious of everything else that was going on She’ll always say, if you listen to her, she’ll say, ‘I would have been private.’ Because it got so uncomfortable with everybody else. When you get pushed and pulled in different directions, without it being even her decision. Her publicist said do this. This person said do this. And you go, ‘Alright, this is not the right thing.’”

These days, 50 is in an entirely new relationship and he’s not the only one who has thoughts about Fox’s sharing. Jamira ” Cuban Link ” Haines has been dating 50 since 2019. When she got wind of Vivica’s comment, she addressed it in the comment section on “The Shade Room,” writing, “..aww [violin emoji] [smiley face with hearts emoji].”

It was a moment that gave the internet a bit of a chuckle. Given how much Vivica has already said about her relationship with 50, if I were Cuban, I might wonder why she was still talking about him as well…even if she were being asked questions. Well, Fox wasn’t going to take this sly shade lying down. She responded to Cuban’s little violin. “Well! This is getting good cause I tried to post [three] times on @ShadeRoom [thinking emoji]. Now, @_Cuban_Link, what that clip didn’t show was that I said he now has a hawt girlfriend & I’m happy [for] him! So stay in ya bag, boo, don’t get nervous! I’m good!

jonathanrobertsjr – Giving you your flowers now, a QUEEN is working

jenniiam – I agree, those questions were pretty great, if I do say so myself!!!

hisgoddess – Okayyyyy got that inside scoop …lol ..but like he said this is definitely not the 1st she has said this ..I guess it being on VLAD it looked messy ..because he does try to bring the messy out with his questions

This Article Was First Published on madamenoire.com