20 Female Instagram Influencers Who Rise Above The Most In 2021 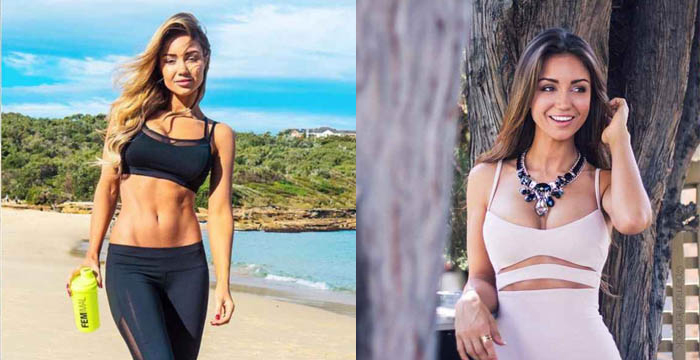 Instagram has more than 1 billion active monthly users online. No wonder it’s one of the largest and most successful social media networks in the world. Brands and businesses alike are leveraging Instagram influencer marketing to create money-making campaigns, increase their brand awareness, reach more and more people in their target audience base, and more. The website has now been a source of revenue for other people. It’s no wonder Instagram is commonly referred to as the “home of social media influencers.” Sounds funny at first until you really start looking at the success Instagram influencers have. Especially some of the lady influencers

Bella Hadid is the younger one of the Hadid sisters but she certainly hasn’t be shadowed by her older sister’s fame. She’s often used in various brands’ Instagram influencer marketing and has worked on numerous campaigns on her Instagram platform including with the likes of Ralph Lauren and Michael Kors. Currently, she has around 39.6 million followers on Instagram.

Ashely is an American plus-size model who has always been successful in winning the hearts of millions worldwide by expressing form love. She entered the fashion industry in 2001 after attention as model convection and since then got featured on the covers of multiple magazines, including Vogue. She has around 12.1 million followers on Instagram.

Kendall Jenner is a member of the Jenner-Kardashian families, which is sort of Keeping Up with the Kardashians. She also happens to be the highest-paid female Instagram influencer—she’s made $15.9 million on Instagram. She makes more money on Instagram than her billionaire younger sister Kylie! She’s actually the third most paid celebrity on the platform overall. The two influencers above her are Cristiano Renaldo and Lionel Messi.

Recently, people have been saying that Kylie Jenner is the most influential influencer on Instagram. A social media analysis firm (yes, they exist), D’Marie Analytics measured how much a brand profits from one of Kylie’s posts that they support. And watch out, just one of the posts funded by Kylie’s ads is worth more than one million dollars. She has around 221 million followers on Instagram.

She’s famous for acting, music, modelling, and she utilizes all these skills to connect with her fans via her social channels. Maybe that’s why the major companies can give her $800k pop for an Insta post. She’s an American artist, actress, and producer. She first received attention on children’s television in Barney & Friends and then in Disney’s Wizards at Waverly Place. She has around 216 million followers on Instagram.

Actress Amanda Cerny originally became famous for her Vines and comedy sketches on YouTube. She was recently featured in Cardi B’s music video alongside J Balvin and Bad Bunny. Though her Instagram following is enormous, she has also amassed 2.6 million subscribers on her YouTube channel. She has around 25.1 million followers on Instagram.

American star Carrington Durham is best-known for her appearance on a 2012 talk-show, “Teens Wanna Know.” She continued her acting career in 90210 as Sara, also playing a notable role in the short film “10 Seconds.” She’s currently playing the lead role in CBS’s mini-series “Angels” While her Instagram centers around photogenic selfies in picturesque locations, her 400,000 subscribers on YouTube get to tune into makeup, fashion, and comedy videos. She has around 1.2 million followers on Instagram.

Sommer Ray is an authentic Instagram influencer who began her modeling career through Instagram. She is a fitness model, and her alluring posts during her workouts and perfect bo-dy is the reason why she is so adored on Instagram. Her major inspiration is her father, who also happened to be a bodybuilder. At just the age of 23, she has become the face of multiple promotional campaigns on Instagram. Currently, she has around 25 million followers on Instagram. She has been successful in earning a net worth of $8 million owing to her perfectly attractive and a fitness freak feed on her Instagram.

Sierra Skye is an American model who’s among the few models who gained success via Instagram. Sierra first became the queen of Instagram and receiving love from millions of fans across the globe; she got the attention of designers and started to take over runways. Sierra receives loads of love whenever uploads an Instagram picture and has also been sponsored by multiple brands to launch their online campaigns. She is a real Instagram influencer. Sierra has more than 4.1 million followers on her Instagram and has earned a net worth summing up to $3.5 million.

Pia is a German model who is a very hardworking and passionate Instagram influencer. She was always passionate about studying law, so after moving to Australia, she became a lawyer. During her studies, she got multiple jobs from modeling agencies, but she declined them all. Later on, after discovering her passion for modeling, she started her Instagram profile and became an Instagram model. Soon enough, she caught the attention of brands and companies and is now becoming a successful model. Pia has more than 2 million followers on her Instagram, and her net worth sums up to $500,000.

Devin Brugman is an American model and Instagram sensation. She is also an entrepreneur, a blogger, and a fashion diva. Devin even co-founded a line of by the name ‘MONDAY wear’. Her high rise in popularity on Instagram paved her way into the modeling world. Currently, Devin has more than 1.3 million followers on her alluring Instagram account. And Devin has successfully warned of a significant net worth summing up to $300,000, solely owing to her modeling career and startup business.

Madi Edwards is an Australian model who is also an Instagram model. She started modeling at 17, as a teenager. After a short period of time, her face could be seen on covers of magazines such as Vogue. She has collaborated with multiple brands and designers and also owns a clothing line. Her net worth sums up to a figure of $500,000, and her beauty has got her more than 689K followers on her Instagram.

Dutch blogger Negin Mirsalehi initially attracted attention on Instagram, eventually developing her own blog style and YouTube channel of 304,000 subscribers. Negin is also the creator of Gisou Hair and was illustrated in Esquire in the line ‘People We Love Instagram.’ She also won a spot on the Forbes 30 under 30 list for her social networking popularity. She has around 6.3 million followers on Instagram.

Lily Maymac is a model and internet personality from Australia. Her Filipino heritage has contributed to her unique look, helping along her modeling career. She’s bright, too, working as a Law Clerk on the side. She’s best known for her makeup tutorials on YouTube, which have racked up over one million views. She has around 4.1 million followers on Instagram.

With model-like features, Kelsey Calemine gained the attention of a large portion of the internet. Her photos feature her current favorite fashion and hairstyles. Many compared her looks to that of actress Lucy Hale, who helped to further boost her popularity. The actress was surprised by the resemblance to the point that she questioned whether her features are photoshopped. She has around 2.8 million followers on Instagram.

After a freak cheerleading, Demi was once worried she may never walk again. Her determination helped her overcome this daunting setback, inspiring a pursuit for a career in fitness. After becoming a CrossFit athlete and ranking 23rd worldwide in her age category, she changed her focus to inspiring others to pursue their own fitness goals. In addition to her Instagram, she posts encouraging and inspirational fitness videos on her YouTube channel, which currently has almost 100,000 subscribers. She has around 2.3 million followers on Instagram.

Australian beauty guru Sammy Robinson is known for sharing makeup and hair tutorials on her self-titled YouTube channel where she has accumulated more than 700,000 subscribers. So far, her “Gigi Hadid VMA’s Makeup Look” tutorial has been the most well-received with nearly one million views. She has around 653k followers on Instagram.

Practicing makeup application on yourself can be challenging, so makeup artist Gabrielle puts the canvas within close reach—instead of drawing on her eyelids, she replicates the effects on her arms. Since the age of 13, Alexis has been practicing drawing realistic eye makeup looks right on her arm. Her three-dimensional makeup art has improved her makeup skills and earned her plenty of attention on Instagram. She has around 1 million followers on Instagram.

Better known for her YouTube channel, Luca Whitaker posts fashion and lifestyle videos. Each week, her 270,000 followers watch her fashion haul videos and beauty routine tips. On her second channel, “Luca’s Life,” she moves to more laidback vlogs revolving around her normal life and travels. With 276,000 subscribers, she’s slightly more popular on YouTube than on Instagram. She has around 214K followers on Instagram. For some added fun, her dad appeared in one of her videos in an episode titled “Dad Does My Makeup Voiceover!“

Courtney Tailor is a famous American Instagram personality, Model, and actress who rose to popularity after cast alongside Tyler Hoechlin in the 2016 film Everybody Wants Some!! When she was at the age of 13, she first started acting and film. She’s a certified personal trainer and EHP labs athlete. Courtney is also popular on Instagram where she posts pictures or videos and has amassed more than 1.9M fans.

Natasha Oakley also first found fame as a blogger but has since built up her portfolio and now works on numerous brand campaigns on Instagram. She also founded the beloved brand Monday. Followers: 2.3 million.

Gil Klein – Ashley Graham has such a fun vibe and I love and adore her confidence and the way she loves herself.

Kayla McKee – I love how natural Kendall Jenner keeps it, she just brings out her natural features, and she is just so beautiful.

Lisa Xavier – I like Kylie there is no reason to hate just because she is living her best life .I don’t understand why some people hate her so much. If I also had so much wealth I’d do the same

Clement Trunzler – jasmine Stewart , its true, Selena Gomez is the perfect girl on the universe, i like, i love Selena Gomez

This Article Was First Published on socialbook.io