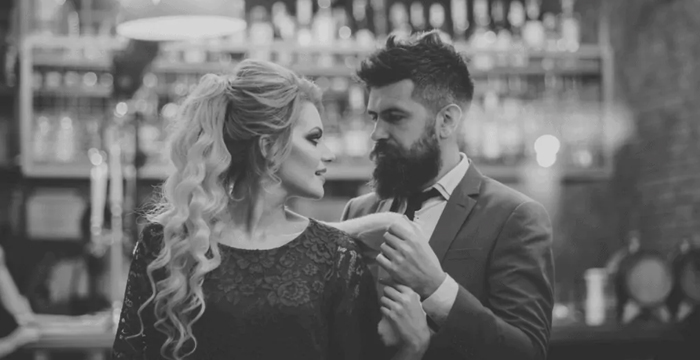 1. I don’t care that I’m not so close to his friends but he totally throws a fit about it.

I mean, I don’t understand why he expects me to bond with his friends over alc-ohol and sports. It’s not like I force him to go shopping with me and my girlfriends. I think he should be fine with us having our own set of friends in the relationship.

2. He absolutely hates the fact that I have to work late sometimes because he claims that it’s taking away from the time of our relationship.

But I just feel like he doesn’t understand how important it is for us to be building our careers right now. I don’t want to have to put my career in jeopardy just because he needs me to spend more time with him. I think we get ample time on the weekends.

3. I don’t care that I’m not able to control my alco-hol every once in a while when we go out drin-king.

That’s the point of going out and letting loose for me. It’s my way of escaping from the pressure of reality even for just a bit. But he gets really mad at me whenever I drink – and then he goes off and he does the same thing.

4. He happens to be shorter than I am, and it really bothers me.

Obviously, I don’t care that he’s shorter than me. I wouldn’t still be dating him if height were really an issue to me. But he’s very sensitive about it. He always lets his insecurities get the best of him and it’s not really a good look. He should know that I’m still into him regardless of his physical stature.

5. I don’t care about the fact that he’s not the typical macho bad boy that is often portrayed in movies.

He’s more of a nerdy and geeky type of guy who is really smart but is also very introverted. He is very sensitive about that and he feels pressured to be the stereotypical macho man for me. But he doesn’t get that I’m really into the way that he is. I like how nerdy and smart he is.

6. I don’t care about whether my boyfriend shaves his beard or not.

7. He seems to make it a really big deal that he doesn’t earn as much money as I do.

It’s almost as if he thinks that it matters to me that he won’t be able to provide so much for me. I think he doesn’t understand that I am a strong and independent woman who is fully capable of taking care of myself. I couldn’t care less that he doesn’t earn as much money. I just want him to be working his hardest.

8. I seem to have a boyfriend who thinks that it’s important that I text him instantly every single time he messages me.

I mean, I am all for healthy and open communication between the two of us but I still have a life of my own that I need to be living. There are going to be other things that require my attention.

9. He cares way too much about me having a period but it’s a completely natural part of who I am and how my body functions.

He still gets grossed out whenever I’m on my period and it’s just something so foreign to him. I feel like it’s really immature of him to still be acting like this about something that is so normal.

10. I don’t care about the fact that he has lady friends outside of this relationship.

I still think that he is entitled to hang out with whoever he wants to hang out with so as long as they aren’t detrimental to his way of living. But he seems to throw a fit whenever I hang out with my guy friends. I hate that he doesn’t trust me to be with them.

11. I don’t care about whether he gets into the stuff that I’m interested in or not.

There are some aspects of my life that I am very passionate about; and I don’t necessarily expect him to get into those things as well. However, he seems to care so much about whether I get into the stuff that He’s so passionate about.

12. I don’t care so much about doing some household chores to help him out.

But he seems to think that I should only be doing girly stuff just because I’m a girl. I don’t really mind about getting my hands dirty every once in a while.

Dean Lottering – The woman in my life is so important to me. I feel compelled to work harder than I have ever done before to give her the best life possible. I don’t know whether it is her love or respect for me but God knows, she’s got me hooked. Forever.

Ray Kent – How fortunate I am to have found a woman like this. 35 years and counting. We went on a picnic today; loved every minute with her.

Nicole on EQ – It’s an interesting that we tend to be attracted to the same qualities a parent had. I can definitely be nurturing like a mom when I’m in my feels!

Dia – I was married for years to another woman and she did NOT rate well with this vid. We divorced. I re-married with another woman who DOES measure up to this vid! It’s the difference like night and day. I’ve been with wife #2 for 25 years now and glad we found each other!