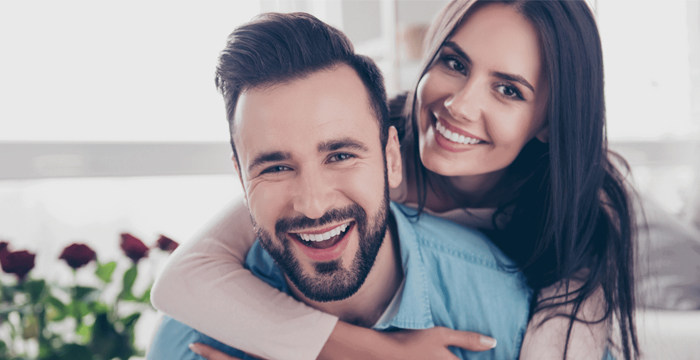 This is a question that a lot of ladies are actually going to struggle in especially when they find themselves in the early stages of a young relationship. How does your man really feel about being with you? Sure, things might be going really well between the two of you for the moment, but that doesn’t mean that you aren’t going to be keeping this question at the back of your mind. Just because you’re really enjoying the time that you spend together doesn’t automatically mean that you know that your man is in love with you. So, how can you know for sure short of trying to force him out of him?

Well, it’s all in the way he acts whenever he’s around you. You just have to make sure that you are looking in all of the right places. Keep in mind that verbal communication isn’t traditionally going to be a man’s strong suit. He isn’t always going to find it easy to talk about his feelings for you even when he starts getting really comfortable in the relationship. And that might be a problem for you if you want to know how he feels but you don’t know how to read body language signs.

Well, that’s what this article is going to try to help you out with. You don’t have to be completely clueless about whether a man is in love with you or not. You just need to keep an eagle eye on your relationship and fish out all of the probable signs that point to him being in love with you. If he does a lot of the things that are listed here, then you must be happy to know that you have a man who is really in love with you.

1. He makes plans in the relationship.

He isn’t going to just wait around for you to do a lot of the heavy lifting in the relationship. He’s also going to do his part in taking the initiative to strengthen your relationship even more.

2. He always treats you with respect.

He always makes it a point to treat you with respect. He never really does or says anything that demeans or belittles you. He never wants you to feel like you are less of a person than you really are.

3. He makes an effort to listen to you.

Whenever you express a desire to talk to him, he really makes sure to listen to you. He pays attention to whatever you might have to say. He always wants you to feel safe in how you express yourself.

4. He moves his schedule around for you.

He really tries to move his schedule around so that he can accommodate you into his life. He never wants to come off as unapproachable or inaccessible to you. He wants to be as available to you as possible.

5. He takes a genuine interest in your life.

He doesn’t stop asking you questions about your life. He is always making a real effort to get to know you better. And he isn’t just settling for the shallow stuff either.

6. He always stays honest and true with you.

He always stays honest and true with you. He never wants to be anyone other than who he really is when it comes to you. He always wants you to know that you can trust him to keep things real and sincere with you at all times.

7. He encourages you to pursue your goals and dreams.

He makes it clear to you that you can always pursue your goals and dreams even if you’re in a relationship together. He never wants to serve as a kind of barrier between you and everything that you want in life.

8. He apologizes whenever he screws up.

He is humble enough to acknowledge that he makes mistakes and he shows the mindfulness to actually apologize for hur-ting you or being a disservice to you. And he also makes an effort to learn from his mistakes.

9. He makes an effort to merge social circles with you.

He really makes it a point to merge your social circles. He does this because he understands just how important it is to you that he become close with the people who are closest to your heart.

10. He opens up to you about his fears and insecurities.

He really opens up to you about things that he wouldn’t really open up to other people about. He tells you about all of his deepest fears and insecurities without fear or shame.

11. He shows a willingness to make compromises with you.

He shows a real willingness to compromise with you. He wants to prove to you that he’s willing to make adjustments so that he can meet you halfway and keep you in his life.

He places his trust in you at all times. He never wants you to feel like he has to control or manage you.

Linda – If you constantly feel or having doubts about your partner’s feelings, I strongly believe that there’s a problem circling over your relationship.

MollyTTree – So true!! A guy sent me flowers to make up for something he said that was really tacky and rude. Then he went back to being tacky and rude.Oh well. So much for flowers.

Sally Adlawan I LOVE YOU TOO – I knew from the start he loves me. Even until now our emotions is getting stronger because of our passion

Durelle – Some women need to hear the words as well. There is nothing wrong with that. It doesn’t mean I believe my man doesn’t love me.