10 Women, You Should Avoid Marrying At All Cost 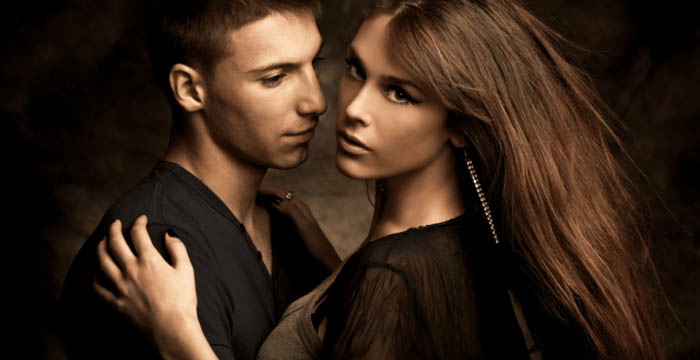 There is no such thing as the perfect woman. Any man would be deluding himself if he continued to live life trying to find that one woman who ticks off all the boxes on his checklist. Of course, there is no such thing as finding the ideal woman in reality. We can’t all afford to be so unreasonable with our expectations of women because we are never going to be able to find true love in that way. Men must always maintain a sense of understanding, patience, and sensitivity when it comes to building a relationship with a woman.

There is a vast abundance of women in the world who each carry with them their distinguishing factors. And while there is no true ideal woman that all men should generally be searching for, there are definitely some kind of women that all men should steer clear from. These are the kinds of women who need to grow and mature before they can really be ready for a relationship.

1. The woman who is a man-hater

She hates all men in the world just because this one guy was a douche to her back in high school. She now takes a general cynical view of the male species because of this one instance where an immature guy broke her heart.

2. The woman who only thinks about herself all the time.

It’s always never a good idea to date a person who is overly selfish. Remember that when you get into a relationship with someone, you should really be willing to make some compromises when you share your life with another person.

3. The shallow woman who only sees life in the terms of material items.

You are probably going to make your bank account bleed out just to make her happy; and sometimes, not even going broke for her is going to be enough. She is more interested in the material gifts that you can give her than she is about your love.

4. The woman who can’t stop flirting with other men.

When you are in a relationship with a fine lady, she should only have eyes and a heart for you and you alone. She can’t be chatting it up with other men and making some flirtatious advances to them. That’s just a recipe for a bad situation.

That’s just not a sustainable way to live. At some point she’s going to have to grow up and realize that not every weekend should be spent getting wasted in sketchy bars and noisy clubs. For now, you should just avoid dating her.

6. The woman who thinks she’s entitled to everything.

Never date a princess who think that the world owes her for her existence. You’re just asking for trouble and unnecessary stress whenever you do so. It would be like dating a toddler who would throw a fit if you refused to buy her something from the toy store.

7. The woman who is constantly needing attention.

Independence is the name of the game nowadays. You don’t want to be with a girl who is always dependent on your attention and time. You need to be able to live your own life outside of the relationship as well. You can’t afford to be waiting on her head to foot.

8. The woman who can’t mind her own business.

Never date a gossipy woman. You never know what she would be saying about you whenever you’re not around. You don’t want to be an accomplice to that kind of drama.

9. The woman who can’t commit to anything.

Commitment is a very important aspect of any long-term relationship. If you notice that she has trouble committing to things, then chances are that she isn’t going to commit to you either. You better get out while it’s early.

10. The woman who doesn’t know the meaning of respect.

Respect. It’s the foundation for any kind of relationship really. If she is virtually unable of conducting herself in a respectful and respectable manner, then you are wasting your time by dating her.

Peter – Becareful men, especially young men, don’t let your need for drive you, marrying the wrong women can set you back for life.

E R – Work on improving yourself and being a man with good character. You’ll attract the right woman.

Benny – The overly jealous types are definitely one of the main ones you want to avoid. They will make your life miserable!

Philip – My uncle once told me, “all women are crazy! What you need to do is find one with a level of craziness you can live with.”