10 Things Your Man Secretly Wants You To Do 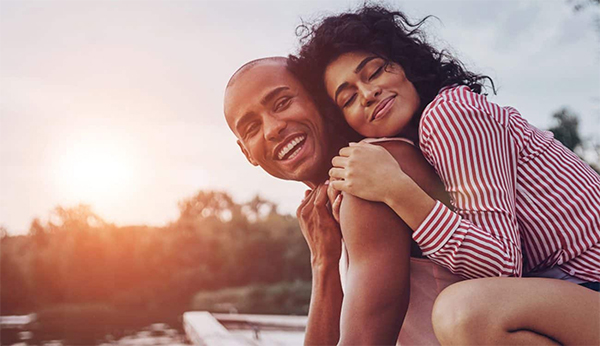 No one ever likes having to deal with a stubborn person. Of course, it’s okay to want to remain in the comfort of a routine lifestyle, but we can’t deny that there is always something about us that we need to change or improve on. To some extent, we should always be opening ourselves up to new experiences and new sensations even when they make us uncomfortable. Because this is how we grow and develop as human beings.

And that’s a very important aspect of any relationship that often gets overlooked by couples. A lot of people fall into relationships and they expect that the key to making their love last is by never changing who they are. But that is wrong. Relationships have to grow and they could never grow if the people in these relationships don’t make the effort to change and grow as well. Change in a relationship doesn’t always have to be a bad thing. It’s always about being able to adapt yourself to a particular situation that will make the two of you better as individuals and as a couple.

However, there are just some instances where even there is something we wish our partner could change about themselves, we are too shy to bring it up. We want them to do something for us but we are too ashamed to bring it up in conversations. Ladies, don’t be surprised. A lot of your boyfriends are actually like this. Remember that guys aren’t always going to be as open and as expressive as women. They might really want you to do something for them, but they would never ask you because they are too afraid of how you might react. They would never want to make you feel like you aren’t enough for them. They don’t want you to think that they’re being ungrateful. So instead of asking you to do something, they’ll just keep quiet.

And that’s not your fault. You’re not a mind-reader. They can’t expect you to know everything if they don’t tell you about it. But alas, they are shy. And you are still kept in the dark. But not anymore. Just read on until the end of this article to find out the most common things that guys are too shy to ask their girls to do in a relationship:

1. Stop taking so many selfies.

Sure, you’re pretty. But you don’t constantly have to be taking your selfies whenever you’re together. Just put the phone down and stop trying to fit the world inside a picture frame.

2. Go on a random trip or adventure to anywhere.

He isn’t really sure about how you would feel going on a random trip with him somewhere you’re unfamiliar with. But he really wants to do it just to test the strength of your bond.

3. Stop overdoing it with the makeup.

He loves the way you look as natural. You don’t always have to be in makeup for you to feel attractive whenever you’re with him.

4. Give him a few things to laugh about.

No one ever says no to a girl who knows how to make him laugh.

You don’t constantly have to be in heels when you’re with him. You can be in flip-flops and he won’t mind at all.

6. Be passionate about something.

You may not know this but passion is very attractive. And when he sees that you can be actually passionate about something outside of the relationship, he will really be happy about it. It means that you can have joy and fulfillment in your life outside of your romance.

Not all men are willing to admit that they like a good snuggle.

8. Try new things with him in bed.

He might be too shy to tell you, but it’s likely that your man wants to do some new things with you in the bedroom. He just doesn’t want to scare you away by asking.

Drama is the one thing that all boys want nothing to do with. So if you’re the type who is really into the whole gossip and drama game, then try to stop for his sake. He doesn’t want to have to deal with unnecessary drama especially when it comes from his girl.

10. Splurge on nice gifts for him.

He might not ask for it a lot (or at all even), but he secretly wants you to just splurge on him every once in a while. While gifts may seem materialistic, it’s really the thought and the affection that comes attached with the gesture that matters.

Heeba Kayser Ansari: “Strange!! I never had a boyfriend and i am reading this article right now!!!”

Maria Perez: “Could you imagine blushing every time your crush comes around? Tell me about it.”

Renuka Thapa: “My crush just messeged me “hi” And i’m reading this“

Golden_magik Slime: “When they were talking about check your phone texts I was like “I don’t even have my crushes numbeeeerrrrr“

Fizz: “Lmao that moment your crush already told you he likes you but you never even paid attention so now u see that he does all sings lol this was an eyeopener HAHAHA Omw to the signs a woman wants you and i show any of them. Have a great day everyone xx much love!“

Elena Enriquez: “And what if he kisses me, holds me, and treats me good but he ignores the fact that we look like a couple when we aren’t“

cosplay girl: “Ok a guy probably likes me everything is true (I like him to). Wish me luck to kiss him“

JokerX126: “The absolute sole number one way to know if a guy wants to kiss you is he takes his attention away from your eyes and looks at your lips.”

Fang 101: “That awkward moment when you realized that these things were the things that your bestfriend did whenever you’re together“

This article was originally published on the todayreport24.com